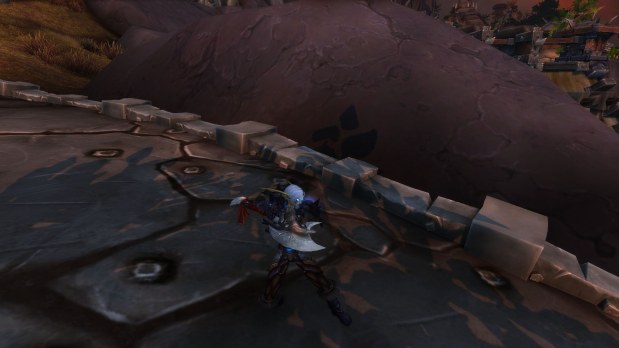 I posted a section on the Tanaan Invasion quest chain yesterday, but I realized I wanted to set it up a bit different. Instead of arbitrary chunks of writing, I’ll post for the end of each quest chain. Sometimes this means it will be a long entry, like the one for this section, and sometimes they will be shorter, it just depends on how it rolls. After the story there will be a commentary section to follow-up, and hopefully I’ll keep this format from now on! I hope you enjoy!

From the moment the summons reached me, I knew I’d be there to help defend my home. The portal was monstrous, a blight upon an already deadened landscape. The beasts in their bloodied iron waited for us, but with a quick push we beat them back and secured an opening. As we poured through the door, the sight of rippling…

First in a set of reblogs about old character things, please forgive me! ❤

Hey guys! So, I’ve decided to do a set of posts as I go through Loremaster!

I’ll be using a few different toons for this, and I won’t be using Nymphaea for these posts either. I don’t want to have to do write ups every time I play my main, ya know?

I’m starting off with my DK, Herja, for Draenor. I’ll also be playing my rogue, Marozia, for Vanilla/BC/LK/Cata/Pandaria. I intend on going through both Kalimdor and Eastern Kingdoms with Marozia, but I might decide against that and roll a separate toon for EK, still not sure.

I do want to point out though that I won’t just be providing commentary on the quests. There will be some of that, of course, but the main reason I’m doing this is because this is going to be chock full of writing and mental RP. A large portion of these posts…